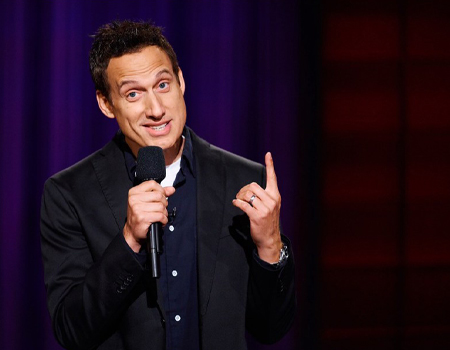 Elon Gold is a comedian and actor who has starred in FOX's Stacked and NBC's In-Laws. His one hour stand up special on Netflix, Elon Gold: Chosen & Taken received wide acclaim from audiences and peers alike. It is currently streaming on Amazing Prime.

He has made ten appearances on The Tonight Show and had a recurring role on the FOX hit show, Bones.

Elon was a writer/performer on ABC's The Dana Carvey Show and has guest starred on Frasier, The Mentalist, Chappelle's Show among others.

He recently made stellar appearances on The Late Late Show With James Corden and Comedy Central’s This Week At The Comedy Cellar. His routines have gone viral and are shared by millions around the globe.

He is also featured in the movie The Binge and in season 3 of HBO’s Crashing.