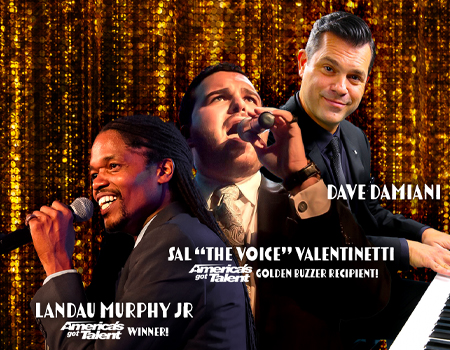 Hosted by Dave Damiani and the No Vacancy Orchestra. This Rat Pack-styled show with songs from the 50s to the 2000s. If you like Post Modern Jukebox, Michael Buble and Harry Connick Jr, you will love Dave Damiani's POP UP SPEAKEASY...

With special guests (The Modern Day Rat Pack):
Sal "The Voice" Valentinetti - Finalist of America's Got Talent and host of the new internet series "Get In The Car." Golden buzzer recipient from Hiedi Klum.