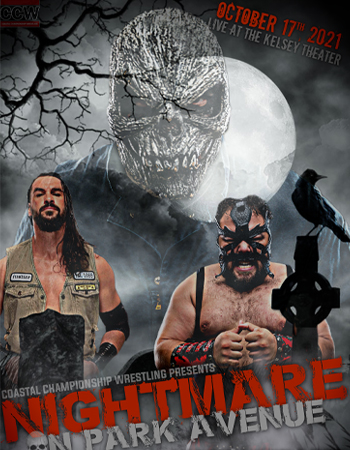 Matthew Justice, has been competing on All Elite Wrestling, is the current GCW Tag Team Champions with the Second Gear Crew, is THE TALK of professional.  He’s BACK, at CCW Presents: Nightmare on Park Ave, and he’s demanded a No Rules, Hardcore match.  CCW has granted it!

Also, The Maker of Nightmares Agony will be competing in a CASKET MATCH.  Bring your parents, bring your children, bring your costumes to the wildest night of professional wrestling in Florida.

CCW has been recognized as Florida’s top independent professional wrestling company for over 17 years.