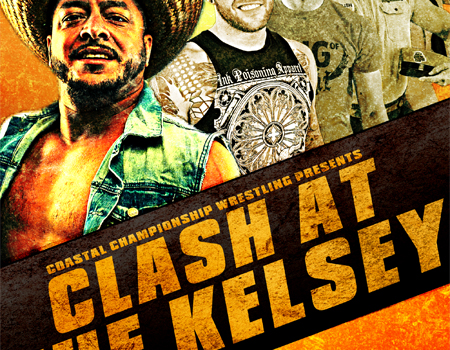 ARE YOU READY TO RUMBLE?

CCW’s Franchise, Cha Cha Charlie has been singing and dancing all night long, and is promising another dance party at the Lake Park Kelsey Theater, but Lew Spectre is promising a 300 plus pound surprise for the man he calls “The Dancing Clown.”

Plus, The Charismatic CCW Cruiserweight Champion Chris Farrow places his title on the line in a multi-man scramble.

Plus, watch other matches from amazing independent and nationally televised talents in an intimately close setting.

CCW has been recognized as Florida’s top independent professional wrestling company for over seventeen years.  Putting on some of the greatest independent matchups, and bringing young fresh talent, and established veterans to South Florida.