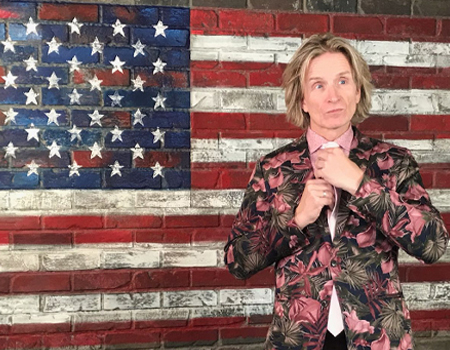 Jeff is also a squeaky clean stand-up comedian and published author whose first Dry Bar Comedy special has garnered over 10 million views on Facebook and whose second will be released in the fall.

In March of 2020, Jeff taped a spot for Season 15 of America's Got Talent. And although Jeff was crushed to learn that only snippets of his appearance would go to air due to AGT’s shortened 2020 schedule, he was thrilled to see his On Tour Records release Jeff with Two F's reach #1 on iTunes and Amazon less than a year later.