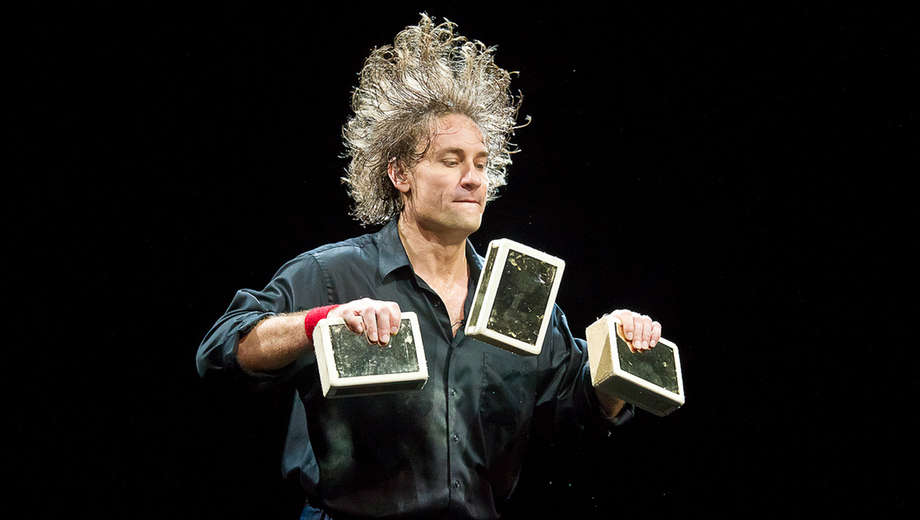 Jeff Taveggia and his one man show "Juggling and Other Bad Habits" is back at the Box by Popular Demand!
Appearances on" The Late Show with David Letterman", "America’s Got Talent" with the "Ringling Bros. & Barnum and Bailey Circus" in addition to multiple appearances on
over 100 different cruise ships worldwide have cemented Jeff Taveggia’s reputation as a world class entertainer.