An Evening with Keiko Matsui 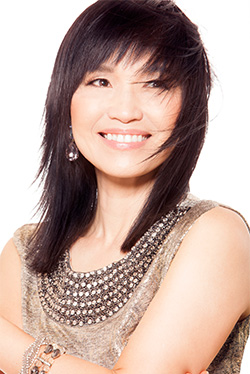 "My melodies are my living testimony", declares internationally acclaimed pianist, composer and humanitarian Keiko Matsui. A world citizen, Matsui's music speaks to the hearts and souls of fans around the world, transcending borders and building bridges among people who share a common appreciation of honest artistry and cultural exchange. Music creates a oneness, says the striking, petite powerhouse who has worked alongside everyone from Miles Davis and Stevie Wonder to Hugh Masekela and Bob James. Journey To The Heart is my gift to my fans. I want to deliver the most beautiful and emotional experience.

A master storyteller, Keiko Matsui crafts passionate and emotive songs with lush harmonies and global rhythms to create timeless musical anthems. I want the music to find its way into your heart but I also mean heart, as is the creator and center of the universe. I hope the listeners will allow themselves to go anywhere with my music.

Keiko Matsui took her first piano lesson at five and she made her US recording debut in 1987 with the recording A Drop of Water. Under Northern Lights followed in 1989 and her subsequent albums of note include No Borders (1990), Night Waltz (1991), Cherry Blossom (1992), Doll (1994), Sapphire (1995) and Dream Walk (1996), which remained on the Billboard Contemporary Jazz Chart for over 15 months and further cemented her reputation as a force to be reckoned with. In 1997, she launched a tour dedicated to raising awareness of breast cancer, and released a four-song CD entitled A Gift of Hope that benefited the Y-Me Breast Cancer Organization. Her music was prominently featured in Say It, Fight It, Cure It, a Lifetime special profiling several courageous women battling breast cancer. In 1999, the pianist performed at "A Golden Moment," a skating concert featuring Olympic figure skaters Kristi Yamaguchi, Tara Lipinski, Ekaterina Gordeeva, and Katarina Witt, which benefited the Susan G. Komen Foundation. 1998 saw the release of her album Full Moon And The Shrine, which was accompanied by the acclaimed PBS-TV special Keiko Matsui: Light Above The Trees. In 2000, the special earned Keiko a National Smooth Jazz Award for “Best Long-Form Video Achievement” and she was honored with an award for “Best Female Artist.” She claimed the award again in 2001. In 2002, she released the poignant recording The Ring, which was meant to communicate a message of peace, compassion, and humanity to listeners around the world.
Boca Black Box Center for the Arts
8221 Glades Road #10 Boca Raton, FL 33434
Phone: 561.483.9036 / Fax: 561.451.2456
Email: bocablackbox@gmail.com