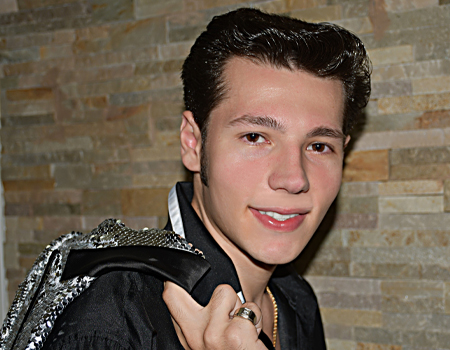 This Cool Cat's TV appearances include American Idol and a National aired special, My Music Special “Doo Wop Generations” as well as many others.

Peter has performed with the  Four Tops, The Crests, and shared stages with The Temptations, Chubby Checker, Lloyd Price, and several groups that are that perform the music he loves.

His name might sound familiar because his famous father, PETER LEMONGELLO was the first to sell over one million albums on television which started a new era in music videos (MTV & INFER-MERCIALS). He appeared over 25 times on The Johnny Carson Tonight Show, Merv Griffin, Mike Douglas, Saturday Night Live, The Dinah Shore Show, and The NBC Today Show.